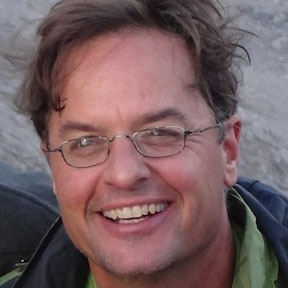 Peter Williams has practiced meditation for 27 years in the Theravada and Tibetan Buddhist traditions. He has done more than 30 months of silent retreat. He has taught insight meditation (mindfulness) since 2003 and has completed the Community Dharma Leader training through Spirit Rock Meditation Center. In addition to teaching retreats and dedicated practitioner groups, Peter has taught mindfulness to diverse audiences, from Colorado juvenile justices to school teachers to environmentalists. Peter is one of the founders of the Rocky Mountain Ecodharma Retreat Center in the mountains near Boulder.

Peter has been practicing as a transpersonal psychotherapist since 2007, using mindfulness and spirituality to heal emotional distress. He specializes in working with trauma, anxiety, depression and grief.

In an 18-year career in the environmental field, Peter worked as an environmental educator for Massachusetts Audubon Society, as a wildlife biologist and lecturer at the University of Vermont, and as a consulting ecologist for groups such as the Nature Conservancy and the U. S. Forest Service. He served on the board of the Vermont Wetlands Association. Peter has also worked as a substitute foster parent for abused children. He has volunteered as a crisis counselor for the Boulder County Mental Health Center and as a caregiver in hospice work. Peter enjoys playing piano, hiking, golfing, skiing and being outdoors as much as possible. 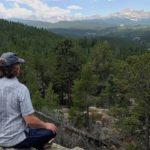 Meditation and Embodiment in Nature
June 24, 2021

This is a nature-based silent meditation retreat with some Ecodharma content. We will meditate outdoors as much as the weather allows. The focus is on our bodies as an expression of nature and interdependence. Feeling our connection with nature moves us to be active in advocating for it. We will explore this as Bodhisattva activity.