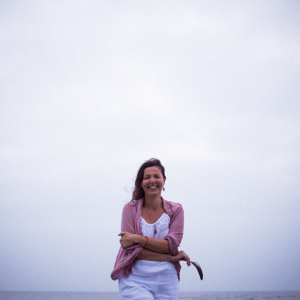 As a child growing up in Venezuela, Natasha learned some of her most valuable lessons outside the classroom – from indigenous people living on their ancestral lands. As an adult, she studied with the Dalai Lama for more than 20 years and had the opportunity to attend nature-based retreats with Thich Naht Han in his monastery. As a professional nature meditation teacher and certified moon guide, she has taught groups from the United Nations, Google and Airbnb as well as medical practitioners, politicians, nonprofit leaders and filmmakers in the US, Latin America and Asia. Natasha is also a documentary filmmaker. Her experiential nature meditation film, Inmanencia, has been selected for festivals around the world from Boulder to Buenos Aires to Bhutan where it won the Audience Choice award. Her current series of short films, One Word, was selected by Robert Redford and the Redford Center as a powerful voice at the intersection of youth, indigenous wisdom and climate resilience.

Join Our Email List For Advance Notice on All Events