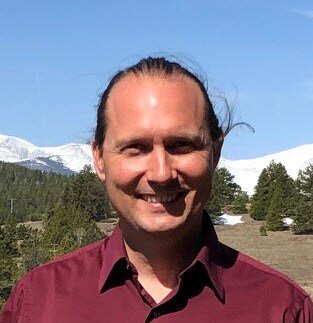 Jesse Dow is a Buddhist Eco-Chaplain, a father, a restorative circle keeper, a local farmer, and a carpenter. He worked In the Boulder Valley School District for 12 years as a Family Literacy Site Manager and another 3 years as a preschool community liaison. He has been practicing meditation for 31 years in the Soto Zen tradition, first as a student of Kobun Shino Roshi, and then as a student of Michael Newhall Roshi. Most recently, over the last four years, Jesse has also practiced in the Theravada tradition, primarily with Kittisaro and Thanissara, and Gil Fronsdal.

Jesse has dedicated his life to support people in moving toward a worldview grounded in deep relationship with all beings. As the founder of the Datti Project in 2011, Jesse created a pewter gift economy coin, called the datti. Instead of trading the coin for goods or services, the coin was given from one person to another with a gift. The person who received the gift then gave the coin to someone else with a different gift of their own. In this way, the coin traveled forward, from one person to the next, accompanying beautiful gifts along the way. Thousands of coins were made and were spread across five continents. Many stories were told of beautiful gifts given, and many people reported a new discovery of what our human community might become.

Jesse is a 4th generation Coloradan, and loves these mountains and these plains as family. It is his sacred lifelong duty to protect and support all of our beloved human and non-human relatives. 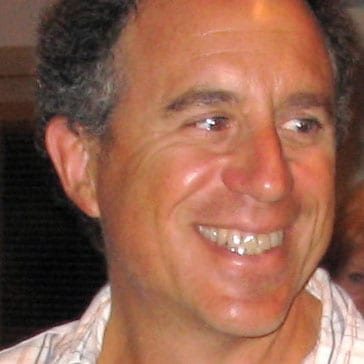 Johann teaches Dharma and meditation in the Insight/Vipassana tradition. Johann has been meditating since 1974 and was asked to teach in 2008. He completed the Community Dharma Leader teacher training program at Spirit Rock, and also has a strong interest in Non-dual practice. In 2002 Johann founded Impermanent Sangha, and has taught and guided Insight meditation retreats in nature and wilderness since then, including backpacking, camping, canoeing, and rafting.

Johann started backpacking as a teenager, and deepened his spiritual journey on long solo wilderness trips in his teens and twenties. His passion is teaching spiritual practice in nature, and he has guided and taught wilderness retreats in various traditions for over 25 years, including being a Vision Quest guide in the late 1990’s. Johann is also a successful entrepreneur, and has been a general contractor, a business development and marketing consultant with a focus on non-profits, and has also owned and restored historic buildings. 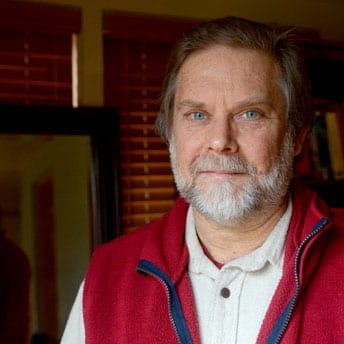 David’s practice tradition is Japanese Zen tradition. He began Zen practice in Hawaii in 1971 with Yamada Koun and Robert Aitken, and continued with Koun-roshi in Japan, where he lived for almost twenty years. He was authorized to teach in 1988 and has led retreats and workshops nationally and internationally in places such as at Spirit Rock, Barre Center for Buddhist Studies, Omega Institute, Cambridge Insight Meditation Center, Terre d’Eveil in Paris, and Dharma Gate in Budapest.

David is a professor of Asian and Comparative Philosophy (now retired). In June 2014 he received an honorary PhD from his Alma Mater, Carleton College, for his writings on socially engaged Buddhism. In April 2016 David returned his honorary degree to the College, to protest the decision of the Board of Trustees not to divest from fossil fuel investments.

David is a well-known writer, whose books and articles have been translated into many languages. His most recent book is Ecodharma: Buddhist Teachings for the Ecological Crisis, and he is co-editor of A Buddhist Response to the Climate Emergency (both Wisdom Publications). His writing focuses primarily on the encounter between Buddhism and modernity: what each can learn from the other. He is especially concerned about social and ecological issues. David’s writings, podcasts, and videos are available at davidloy.org. 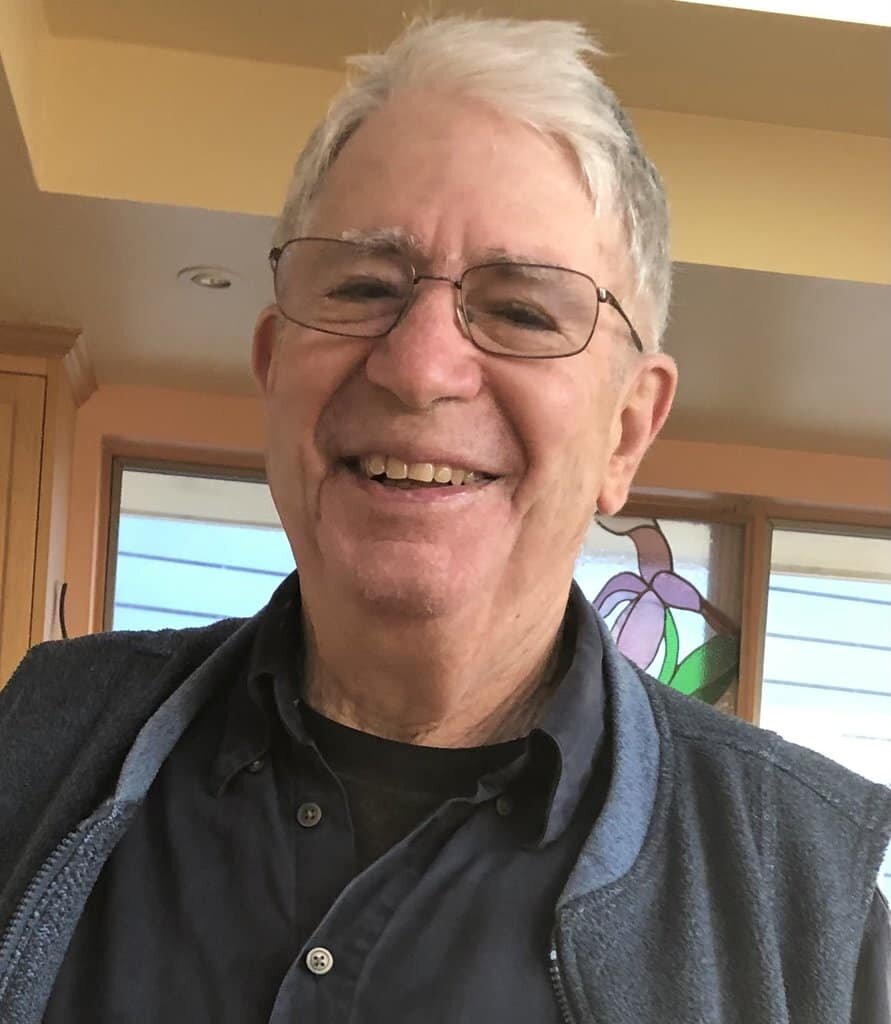 Howard Evergreen came by his last name when he and his wife Janet were married 45 years ago, and they chose it to represent their relationship to nature. They have one biological daughter and two adopted sons. Howard graduated from the Wharton School at the University of Pennsylvania because he liked numbers and believed there was good to be done through business.  This turned out to be harder than he thought. He used his business skills as the Director of the Fluvanna/Louisa Housing Foundation for 25 years, a nonprofit located just outside Charlottesville, VA. He has also been on the boards of many community organizations including the local housing authority, the community action agency and Wild Virginia, a non profit that keeps the Forest Service on their toes . In addition to RMERC, he is also the treasurer of a small local nonprofit, Open Hands. Howard has been studying and practicing meditation for 40 years, first with Dhyani Ywahoo and the Sunray Meditation Society. Then he studied with Shinzen Young, also helping to organize retreats, even cooking when needed. He enjoys hiking, reading, Zumba, cooking, gardening, qigong, meditation, taking care of friends and once in awhile doing nothing.

Howard joined the Board in March of 2022. 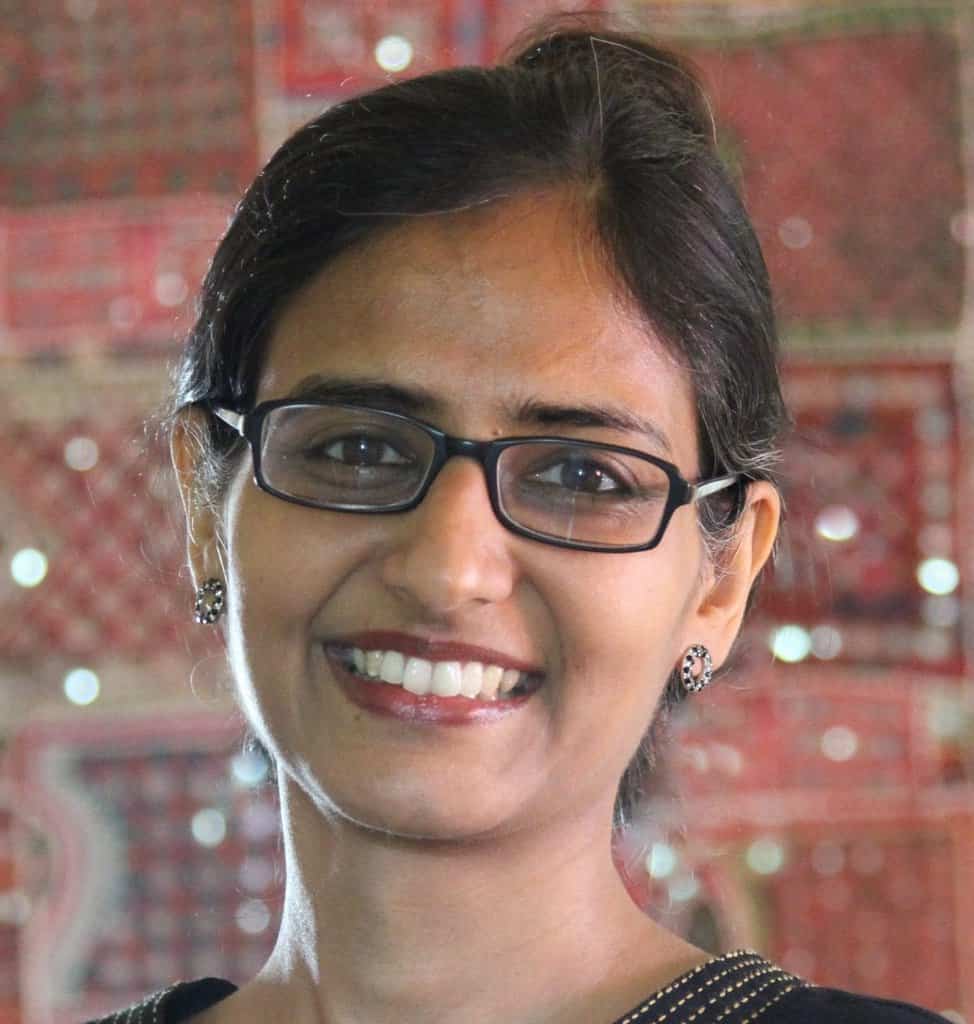 Kritee (dharma name Kanko), is a Zen teacher, scientist, activist, dancer and permaculture designer. She directs and teaches Boundless in Motion Sangha in Boulder in the Rinzai-Obaku Buddhist lineage of Cold Mountain and is a Co-Founder and Executive Director of Boulder Eco-Dharma Sangha. She is also a co-founding teacher of Earthlovego, a community of meditation practitioners, teachers/professors & environmental advocates from different backgrounds seek ways to deepen synergy between their spiritual practices and their activism through workshops at Lama Foundation in New Mexico.

Kritee trained as an environmental microbiologist and biogeochemist at Rutgers and Princeton Universities, and has done over ten years of research on mercury pollution. She currently works as a senior scientist in the Global Climate Program at Environmental Defense Fund and is helping implement environment and climate-friendly methods of farming at large scales in Asia with a three-fold goal of poverty alleviation, food security and climate mitigation and adaptation among small scale farms. She places deep importance on the need of diversity, and the alignment of climate advocacy with social justice movements. 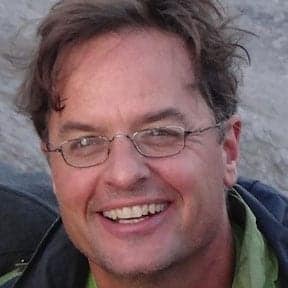 Peter has practiced meditation for 23 years in the Theravada and Tibetan Buddhist traditions. He has taught meditation since 2003 and has completed the Community Dharma Leader training through Spirit Rock Meditation Center. Peter also practices as a psychotherapist, specializing in bringing mindfulness and other spiritual perspectives to healing emotional distress. In addition to teaching retreats and dedicated practitioner groups, Peter has taught mindfulness to diverse audiences, from Colorado juvenile justices to school teachers to environmental gatherings.

As a scientist, he worked for 18 years as an environmental educator for Massachusetts Audubon Society, a wildlife biologist and lecturer in the School of Natural Resources at the University of Vermont, and as a consulting ecologist for the Nature Conservancy and the U. S. Forest Service. He served as a board member of the Vermont Wetlands Association. Peter has a special passion for teaching meditation in nature and for bringing spiritual perspectives to advocating for the environment. 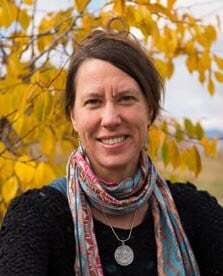 Jean is a licensed psychologist, a Certified Mindful Self-Compassion teacher, and a trained Buddhist Ecochaplain in private practice in Louisville, Colorado. She teaches mindfulness classes and mentors mindfulness teachers in training through Jack Kornfield and Tara Brach’s Mindfulness Meditation Teacher Certification Program.   Jean has practiced yoga for over 30 years and vipassana meditation (in the Theravada tradition) since 2003, and holds the Dharma as a sacred compass that guides her personal and professional life.  Some of her primary teachers have included James Baraz, Gil Fronsdal, Thanissara and Kittisaro.  She views kindness and self-compassion as essential medicine for these tender and uncertain times.  In her teaching and mindfulness-informed therapeutic work, she loves supporting individuals in meeting the circumstances of their lives and themselves with more gentleness, grace and good humor.  She has a particular interest in offering emotional and spiritual support to individuals and communities impacted by the environmental and ecological crises of our times, and practice related to aging, illness and dying.

Jean has a lifelong connection to the earth through gardening, farming, backpacking and cloud gazing.  She feels a deep calling to support efforts in the service of Joanna Macy’s Great Turning.   She is honored to have joined the board in 2020 and to support ongoing community building and diversity, equity and inclusion at RMERC and in the Ecodharma community. 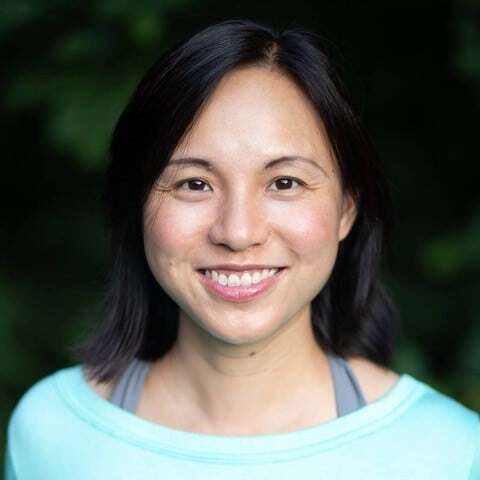 Over the past decade, Lin has studied insight meditation (vipassana) under the guidance of Jonathan Foust, Mark Coleman, and Sebene Selassie.  In stillness and silence, she discovers the transformative power of meditation to help live a life of flow, joy, grace and gratitude.

She was particularly moved by the power of nature meditation to connect with a deep sense of love, wonder, resilience, and belonging.  She graduated from Mark Coleman’s Awake in the Wild Nature Meditation Teacher Training in 2017. Since then, she has taught at Kripalu and other retreat centers around the country and has been in training to lead the Ecodharma Training Retreat at RMERC.  She was enrolled in the Spirit Rock Meditation Center’s Community Dharma Leaders Program (CDL6) and she co-hosts the Sacred Earth Sangha of the New York Insight Meditation Center.  Besides meditation, Lin is a kundalini yoga teacher and a reiki practitioner, and has served on the Board of the New York Insight Meditation Center.  She holds a BA from Barnard College, and an MBA from New York University.

Rocky Mountain Ecodharma operates with the help of many volunteers. Many more will be needed: To volunteer please send an email to [email protected]

Join Our Email List For Advance Notice on All Events